The merger aims to create a manufacturer of high-tolerance components used in commercial and military aviation engines.
Private Equity

Pemberton is one of a number of credit investors that have stepped in to finance companies and private equity firms in choppy markets this year.

Perella Weinberg Partners is naming longtime investment banker Andrew Bednar its next chief executive officer as co-founder Peter Weinberg passes on the reins to the next generation.

Bednar, 54, is taking over from Weinberg in January. He has been co-president of the firm for more than two years and has worked on some of the firm’s largest transactions. Bednar, who joined the investment bank at the time of the firm’s founding, also helped shepherd Perella Weinberg’s long-awaited initial public offering last year.

“Andrew really distinguished himself as a leader and a manager,” Weinberg said in an interview. “It’s been two and a half years in the making.”

Weinberg, 65, will remain chairman of the board and focus more on working with clients. Fellow co-founder Joe Perella is partner of the firm and a board member. Dietrich Becker, the firm’s co-president and a founding partner, will be the sole president.

Bednar will become Perella Weinberg’s fourth CEO since its 2006 founding. He follows in the footsteps of Perella and Bob Steel, with Weinberg taking over in recent years as the firm planned its IPO.

Last year, the firm had record revenue of more than $800 million. But 2022 has brought about a more challenging dealmaking environment across the industry, and Perella Weinberg’s stock has slumped nearly 43 percent this year.

“We have a long-term growth strategy that really transcends any market environment,” Weinberg said, adding that the firm does not plan to reduce headcount. “The firm is doing well. We have very specific growth plans going forward. And we’re as excited today, if not more so with Andrew now becoming CEO, of those plans in the future.”

Bednar said he will continue to grow headcount in areas where the firm intends to expand. He pointed to the dealmakers hired by the investment bank during the market turmoil of 2008, 2009 and 2020, saying that this time is similar.

“We will continue growth that is critical to the firm,” he said. “These types of markets where there is disruption, where people look at a really hard year of work at one of the bigger financial institutions and say, ‘How did this all play out? And am I in the right place?’ tend to be a tremendous opportunity.”

Weinberg and Bednar first met in 1998 while they both worked at Goldman Sachs Group Inc. The younger banker was still a vice president and Weinberg was addressing his class of dealmakers. Bednar became a managing director at the bank, then went on to work at Bank of America Corp. where he was head of U.S. mergers and acquisitions before joining Perella Weinberg. He started his career as a corporate attorney at Cravath, Swaine & Moore.

Bednar helped the New York Stock Exchange in its more than $10 billion sale to Intercontinental Exchange Inc. and also worked with Deutsche Boerse on its attempted merger with LSE. In the consumer industry, he has involved in landmark transactions including Kate Spade & Co.’s $2.4 billion sale to Coach Inc., the $11.6 billion sale of U.S. Tobacco to Altria Group Inc. and the nearly $3 billion sale of J.Crew Group Inc. to a group of buyout firms.

Weinberg himself was a top banker at Morgan Stanley and Goldman before starting his own venture. A member of generations of banking scions, his family ran Goldman for decades. His grandfather, Sidney Weinberg, began as a janitor in the early 1900s and rose to become the head of the firm.

Still, Peter Weinberg is the sole member of his family to have his name on an investment bank’s masthead. His cousin, John S. Weinberg, is the chief executive of a key rival, Evercore Inc. 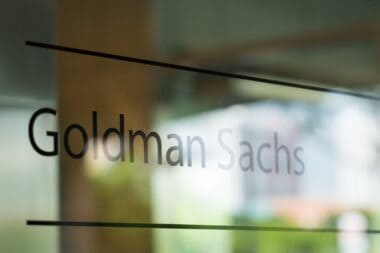