The merger aims to create a manufacturer of high-tolerance components used in commercial and military aviation engines.
Investment Banking

Goldman Sachs has been greatly expanding its presence in continental Europe in the years since Brexit.

Estée Lauder Cos. has agreed to buy Tom Ford at a valuation of $2.8 billion, its largest-ever deal. The acquisition gives Estée Lauder ownership of the valuable licensing agreement the company has had to sell Tom Ford’s fragrance and beauty lines for almost two decades.

Estée Lauder will pay about $2.3 billion for the brand and all its intellectual property, funded by cash, debt and $300 million in deferred payments, while $250 million will come from eyeware manufacturer Marcolin SpA, whose existing license with Tom Ford will be extended, according to a statement.

Zegna said it will acquire the fashion operations necessary to perform its obligations as licensee with its cash on hand.

The brand’s namesake founder, Tom Ford, will serve as “creative visionary” once the deal closes and through the end of 2023, while chairman Domenico De Sole will stay as a consultant for the same time, according to the statement.

Estée Lauder executives have said that the existing licensing agreement with Tom Ford generates nearly $1 billion in revenue for the company each year and that the deal expired in 2030. At that point, the agreement would have to be renegotiated — a risk Estée Lauder avoids with this acquisition.

The announcement follows a report by Bloomberg News in July that Tom Ford was exploring a potential sale. Gucci owner Kering SA, which had long flagged it was keen to do a transformational deal, also held talks to acquire Tom Ford, people familiar with the matter said. A Kering representative declined to comment.

The acquisition will “fortify our growth plans for Tom Ford Beauty,” Estée Lauder Chief Executive Officer Fabrizio Freda said in the statement. “It will also further help to propel our momentum in the promising category of luxury beauty for the long term.”

Tom Ford sells some 100 milliliter bottle fragrances for $550, according to the brand’s website. The label’s eyewear and beauty units are likely to be the most profitable divisions, according to Flavio Cereda, an analyst at Jefferies.

Estée Lauder’s decision to invest in fragrances comes as the market is set to expand and reach a size of almost $48 billion by 2027, compared with an estimate of $33.5 billion last year, according to market research IMARC Group.

Also, the US company is trying to close the gap with rival L’Oreal SA, which has more designer luxury beauty brands – including Yves Saint Laurent, Prada and Valentino. That’s given the French company an edge over Estée Lauder in the sector, particularly in China, a crucial market.

Ford, a native of Austin, Texas, started his namesake company in 2005, a year after leaving Gucci, which he revitalized during a decade-long stint as creative director.

Ford, who’s 61, debuted as a filmmaker in 2009 with the movie “A Single Man” starring Colin Firth and Julianne Moore. Firth went on to win the Oscar for best actor following his performance. Last year, Richard Buckley, Ford’s husband of 35 years, died of natural causes after a long illness.

The timing of the acquisition comes amid growing uncertainty about whether consumers will maintain their pace of purchasing luxury cosmetics as inflation squeezes household budgets. Estée Lauder, which also owns high-end brands such as La Mer and Clinique, this month slashed its full-year outlook due to sluggishness in its China business and incipient weakness in the US. L’Oreal also warned last month some customers were splurging less.

Last year, Estée Lauder bought most of Deciem, a Canadian skin-care label in a deal that gave it an enterprise value of $2.2 billion. The Lauder family controls 84% of the company’s voting rights, according to an annual report published in August. Chairman Emeritus Leonard Lauder’s fortune is estimated at $24.3 billion according to the Bloomberg Billionaires list. 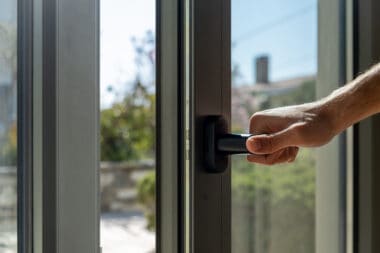