Why Marriott is Betting on International Expansion

Despite a fear of recession, the hotel and lodging industry is seeing sustained momentum in a post-pandemic boom.

CVC Capital Partners and HPS Investment Partners have agreed to purchase a roughly 25% equity stake in Authentic Brands Group Inc., giving the owner of labels such as Forever 21 and Nautica an enterprise value of $12.7 billion.

The transaction, expected to close next month, will give the two private equity firms seats on ABG’s board, the New York-based company said in a statement.

In an interview with Bloomberg Monday, Chief Executive Officer Jamie Salter said the deal achieves the same goal as an initial public offering, as it will allow the company to acquire new lifestyle and entertainment brands. The company had planned to go public this year, but is now aiming for 2023 or 2024.

Authentic is working on a large entertainment deal that is likely to close this year, Salter said. The company’s model, which includes operating almost 7,000 stores, has made it the second-largest brand licensing company after Walt Disney Co., he said.

The company Salter founded in 2010 has grown to manage more than 30 celebrity, retail, fashion and entertainment brands including Elvis and Brooks Brothers. A $2.4 billion deal announced in August to acquire Reebok from Adidas AG will bring ABG’s portfolio to more than $20 billion in annual system-wide retail sales across 150 countries, the company said. The Reebok acquisition is expected to close in the first quarter of 2022.

Salter said CVC approached him in August seeking to partner on the Reebok deal. He declined, instead offering a stake in Authentic, which CVC had previously sought to invest in. Another private equity firm made an overture about the same time, he said, but he went with CVC and then brought in HPS, a firm he also knew well, he said.

“It was very similar to us doing a public offering. We can maneuver better as a private company. We can maneuver faster, better, easier,” he said, adding that the firm may stay private long-term.

Other brands owned by ABG include Nine West, Spyder, Barneys New York, Eddie Bauer and Prince. This month, ABG teamed up with Universal Music Group to acquire and actively manage artist brands together. 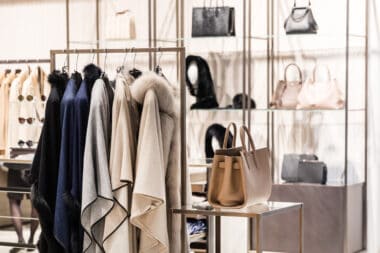