HTS is a provider of refractory services, serving over 6,000 customers in the iron and steel markets.
Business Services

The deal brings together teams with extensive project development and mine-building expertise.
Infrastructure

Kinross Gold has sold its Russian assets to a company controlled by mining magnate Vladislav Sviblov.

Canada’s Alimentation Couche-Tard Inc. has the financial strength to do a $10 billion to $15 billion acquisition, and its top executive hopes that disruption in the global economy will pave the way for a sizable deal.

“I’m hoping the uncertainty that’s out there today does create an environment where we can be acquisitive,” Chief Executive Officer Brian Hannasch said. “The balance sheet’s in good shape, it’s ready.”

Couche-Tard, which made an attempt to buy grocery chain Carrefour SA that was blocked by the French government in 2021, has been discussed as a potential bidder for part of Suncor Energy Inc.’s Petro-Canada chain of gas stations.

Analysts estimate a price tag of more than C$10 billion ($7.6 billion), if Suncor decides to sell it, but Couche-Tard would not be able to buy all of Petro Canada’s 1,500-plus sites because of antitrust issues.

“There are certainly parts of Canada where we would love to grow, particularly the west where we’ve got a much smaller market share than what we would have in Ontario, the Atlantic provinces and Quebec,” he said in an interview. The company has just acquired more stations in Eastern Canada after agreeing to sell 47 sites to satisfy antitrust regulators.

Executives at the Laval, Quebec-based company told analysts that the combination of high inflation, slowing growth and an uncertain direction for the economy may create large deal opportunities in the US and Europe.

If Couche-Tard were to close a major purchase, “we think the shares would respond favorably given a strong track record of integrating deals,” National Bank Financial analyst Vishal Shreedhar said in a note. The company’s net debt is just 1.3 times its earnings before interest, taxes, depreciation and amortization.

Alimentation Couche-Tard’s strategy of reaching as much as $6.3 billion in adjusted Ebitda by fiscal 2023 by balancing M&A and organic sales growth could stimulate a deal soon as $16 billion of balance-sheet capacity offers ample ability for a sizable purchase. The company is focusing on pockets of growth to improve merchandise mix and generate same-store sales gains of 2-4 percent. Organically, Couche-Tard could reach 80-85 percent of its profit target and coupled with an advantageous selection of assets, that may push it over the finish line.

Fuel revenue in the fiscal first quarter jumped 52 percent over last year and margins expanded. The company earned $872 million, or 85 cents a share, well above analysts’ expectations for 73 cents.

More than three-quarters of the company’s sales came from transportation fuel in the quarter. Total gross profit in that segment rose 25 percent, while it was flat in convenience stores. Consumers are spending less on food items and looking for value, leading to growth in private-label brands in stores, Hannasch said. The firm owns the Circle K brand. 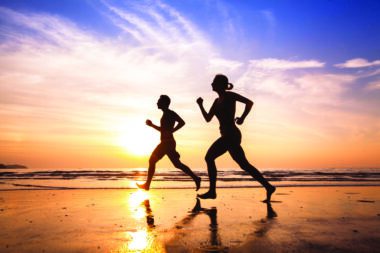 Long-Term Lifestyle Changes Will Be a Catalyst for Consumer Deals