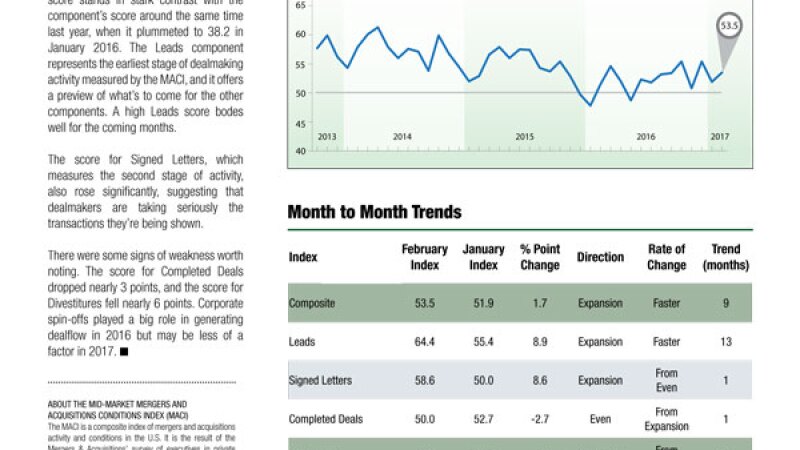 Dealmaking picked up in February, according to Mergers & Acquisitions’ M&A Conditions Index (MACI). The MACI composite score rose to 53.5, up from 51.9 the previous month. Most of the index components were up in February.

The biggest gain was in the Leads score, which jumped 9 points to 64.4, up from 55.4 the previous month. The high Leads score stands in stark contrast with the component’s score around the same time last year, when it plummeted to 38.2 in January 2016. The Leads component represents the earliest stage of dealmaking activity measured by the MACI, and it offers a preview of what’s to come for the other components. A high Leads score bodes well for the coming months. 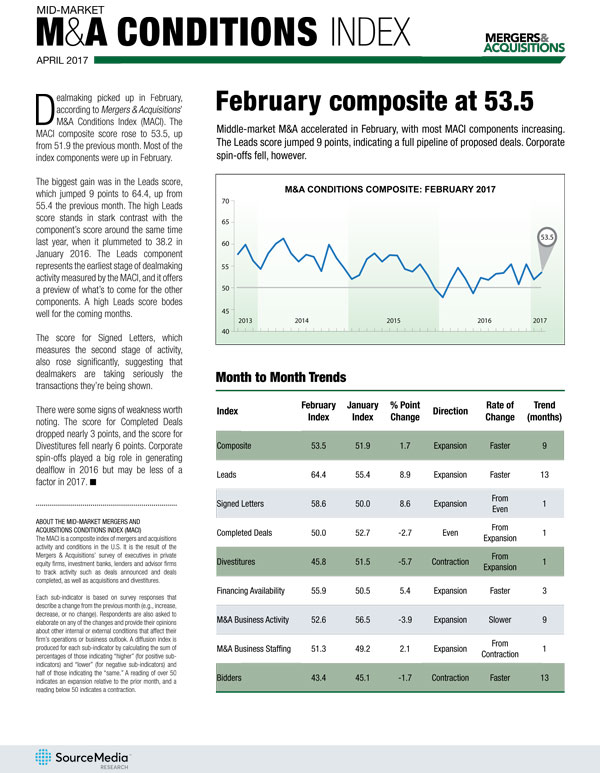 The score for Signed Letters, which measures the second stage of activity, also rose significantly, suggesting that dealmakers are taking seriously the transactions they’re being shown.

There were some signs of weakness worth noting. The score for Completed Deals dropped nearly 3 points, and the score for Divestitures fell nearly 6 points. Corporate spin-offs played a big role in generating dealflow in 2016 but may be less of a factor in 2017.