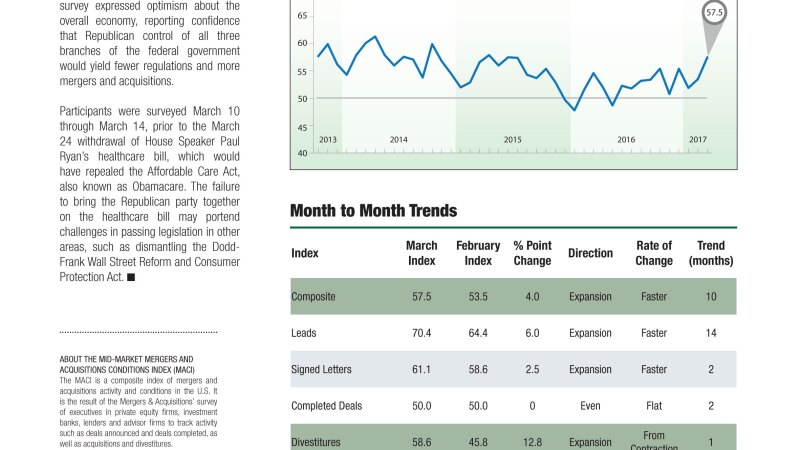 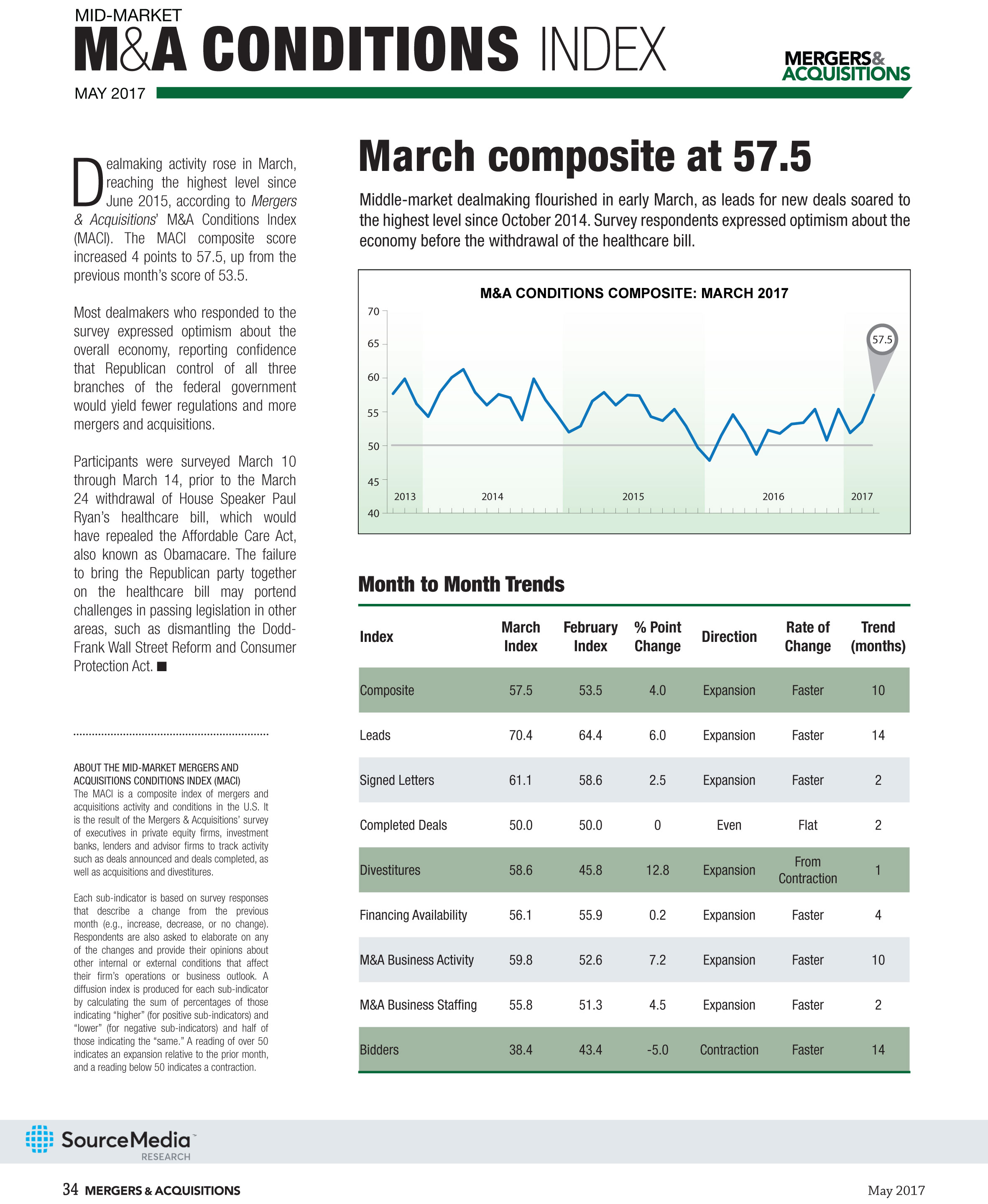 Dealmaking activity rose in March, reaching the highest level since June 2015, according to Mergers & Acquisitions’ M&A Conditions Index (MACI). The MACI composite score increased 4 points to 57.5, up from the previous month’s score of 53.5.

Most dealmakers who responded to the survey expressed optimism about the overall economy, reporting confidence that Republican control of all three branches of the federal government would yield fewer regulations and more mergers and acquisitions.

Participants were surveyed March 10 through March 14, prior to the March 24 withdrawal of House Speaker Paul Ryan’s healthcare bill, which would have repealed the Affordable Care Act, also known as Obamacare. The failure to bring the Republican party together on the healthcare bill may portend challenges in passing legislation in other areas, such as dismantling the Dodd- Frank Wall Street Reform and Consumer Protection Act.