Hopes for healthcare M&A were high in early March 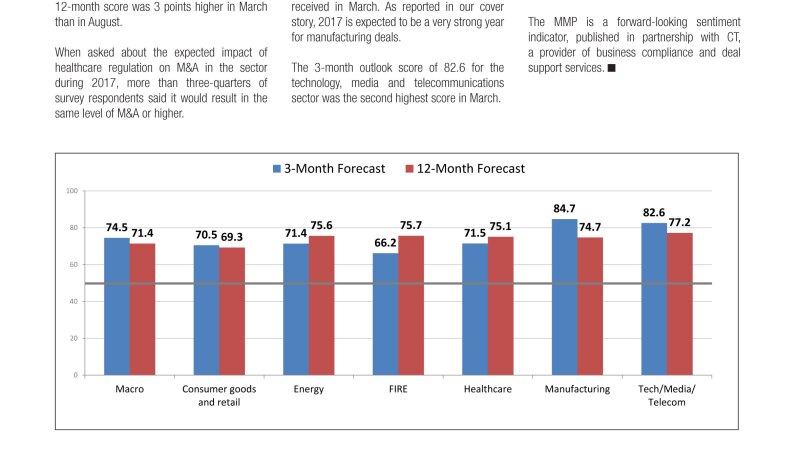 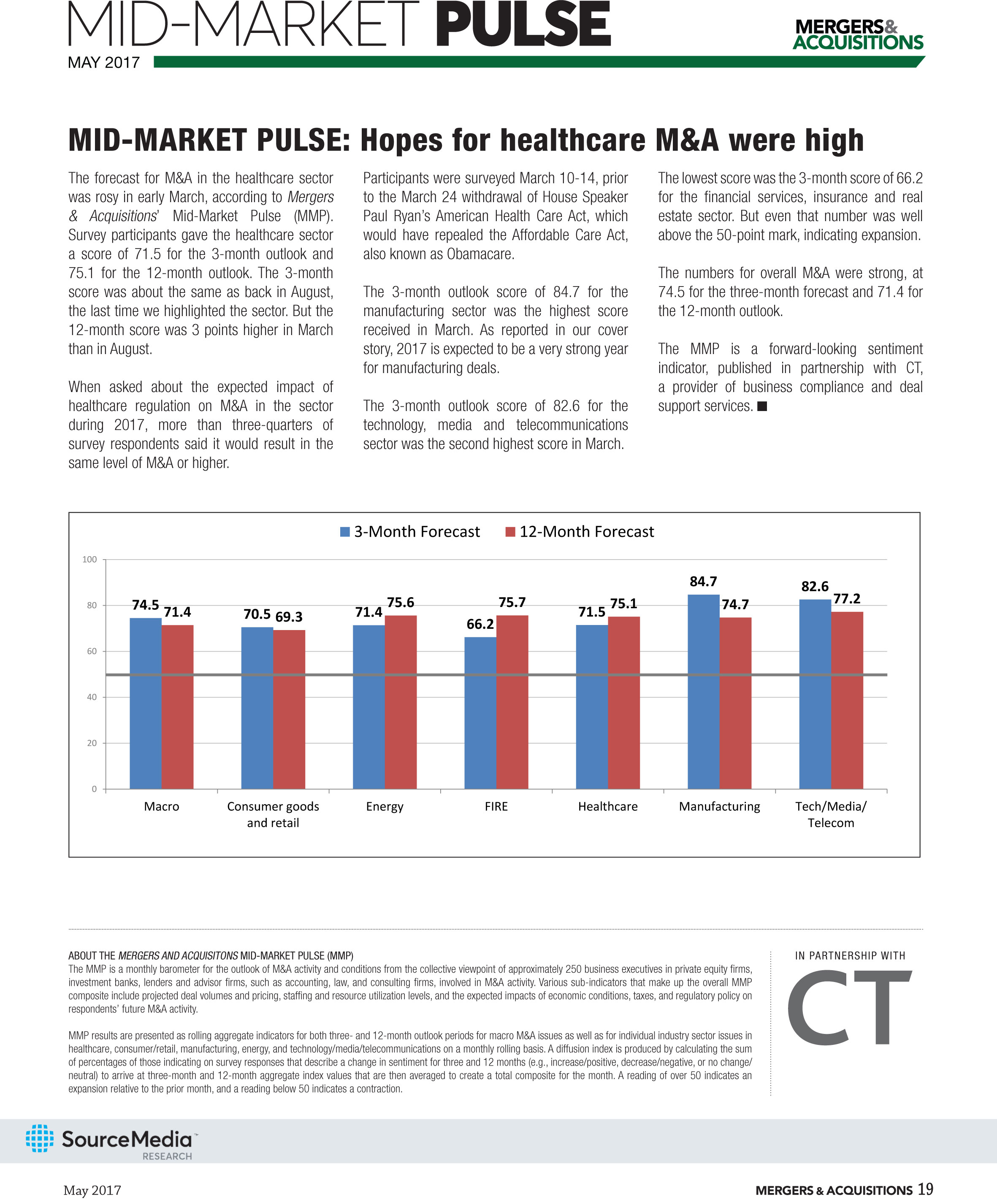 The forecast for M&A in the healthcare sector was rosy in early March, according to Mergers & Acquisitions’ Mid-Market Pulse (MMP). Survey participants gave the healthcare sector a score of 71.5 for the 3-month outlook and 75.1 for the 12-month outlook. The 3-month score was about the same as back in August, the last time we highlighted the sector. But the 12-month score was 3 points higher in March than in August.

When asked about the expected impact of healthcare regulation on M&A in the sector during 2017, more than three-quarters of survey respondents said it would result in the same level of M&A or higher. Participants were surveyed March 10-14, prior to the March 24 withdrawal of House Speaker Paul Ryan’s American Health Care Act, which would have repealed the Affordable Care Act, also known as Obamacare.

The 3-month outlook score of 84.7 for the manufacturing sector was the highest score received in March. As we’ll look at in our upcoming May cover story, 2017 is expected to be a very strong year for manufacturing deals.

The 3-month outlook score of 82.6 for the technology, media and telecommunications sector was the second highest score in March. The lowest score was the 3-month score of 66.2 for the financial services, insurance and real estate sector. But even that number was well above the 50-point mark, indicating expansion.

The numbers for overall M&A were strong, at 74.5 for the three-month forecast and 71.4 for the 12-month outlook. The MMP is a forward-looking sentiment indicator, published in partnership with CT, a provider of business compliance and deal support services.